The Specialty Mfg. Co. has a rich heritage in St. Paul, Minn. that spans more than a century and four generations. A family business, the company was built on creative energy, a tradition of helping people with their products, and a commitment to supporting its community.

Specialty Mfg. also values protecting the health of our environment. As a member of the board at St. John’s University in Collegeville, Minn., the company’s president, Daniel McKeown, was interested in his alma mater’s solar garden initiative. That’s because Specialty Mfg. has more than 250,000 square feet of manufacturing space across three facilities in St. Paul, Granite Falls and New Ulm, Minn. Its largest facilities in St. Paul consist of two buildings, totaling 210,000 square feet, with rooftops that are ideal locations for solar gardens.

Dan ran the solar-garden idea past IPS Solar, a solar power solutions company based in Roseville, Minnesota — not far from Specialty Mfg.’s headquarters. He wanted to find out if installing solar arrays on his company’s two largest facilities was feasible, and whether it could help defray energy costs and use.

Specialty Mfg. evaluated various providers of solar power solutions and ultimately chose to partner with IPS Solar. IPS Solar evaluated Specialty Mfg.’s facilities, as well as their energy demand, usage and costs. They estimated that if Specialty Mfg. installed solar arrays on the rooftops of both of their St. Paul locations, Specialty Mfg. would reduce their annual energy originating from the grid of their energy provider, Connexus Energy, by 15 percent and save as much as $70,000 a year on energy costs.

“Renewable sources of energy are the future.”

Connexus Energy, located in Ramsey, Minn., is the largest of 28 electric distribution cooperatives and multiple municipal utilities within the Great River Energy system. “Renewable sources of energy are the future,” said Adam Warden, business account representative, Connexus Energy. “We were all for partnering with Specialty Mfg. on the idea. It would not only help us continue to lead the transition away from fossil fuels toward renewable power, but also help Specialty Mfg. achieve its goal of reducing energy usage and costs while doing something good for the planet.”

To implement the solar energy systems, Specialty Mfg. needed to invest approximately $1.3 million upfront in development, installation and equipment costs from IPS Solar, before tax credits. From there, the company determined the project would be worthwhile. “We strive to be good environmental stewards. On top of reducing energy use and costs, this initiative will — more importantly — help us reduce our carbon footprint,” said Dan.

Although Specialty Mfg. isn’t the first Connexus Energy member to directly install solar generation, its roof top array is its largest installed to date by a member. Specialty Mfg.’s solar facilities are also believed to be the most significant member installation among electric cooperatives state wide. Said Greg Ridderbusch, CEO of Connexus Energy, “the success of the Specialty Mfg. project is a smart example of cost effectively integrating higher levels of renewable energy leading into a manufacturing facility. We truly appreciated collaborating with the Specialty Mfg. team and point to the project as a wonderful example of environmental leadership.”

It is an energizing start to 2018 for Connexus Energy in Ramsey! The Minnesota Cooperative received a $5,000 Seed Grant from the Clean Energy Resource Teams (CERTs) today.

“We’re very excited to learn about the grant award,” said Eric Kruzan. “We can’t wait to get started on our project, Municipal Fleet Vehicle Analysis for Electric Vehicle Adoption.”

The goal of the Municipal Fleet Vehicle Analysis for Electric Vehicle (EV) Adoption is to assist cities in analyzing their fleet using a proven process. The process uses vehicle data collection, duty cycle analysis, and a final report showing total cost of ownership for electric vehicles to design a plan to effectively integrate EVs into their vehicle fleets to meet sustainability goals. Connexus Energy will be working with 3-4 municipalities to analyze their vehicle fleets for EV adoption. The three step process provides vehicle specific, hard data collection of daily vehicle duty cycle, dwell time, and EV drive-train modeling for selected electric vehicles to determine suitability of EVs in their fleets.

The award is one of 39 grants given to innovative renewable energy and energy efficiency projects in communities across Minnesota. These awards mark the ninth round of Seed Grants from the group and totals over $1 million to 300 projects since 2006. A complete list of funded projects can be accessed here. 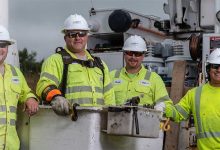 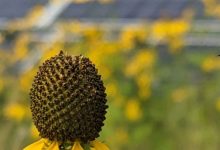 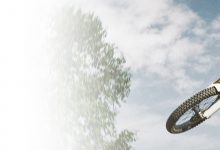